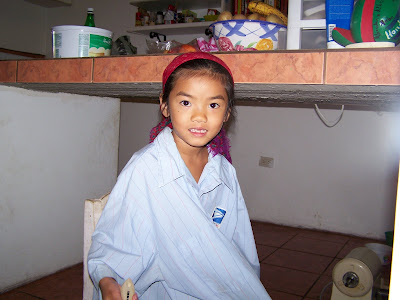 The excitement mounts as we prepare for painting the walls! It is amazing that this little girl can get so excited about something we put off and put off! She is already asking when we get to scrub the cabinets!
Today was also the day she announced to all of us officially that she "quit" school. It was funny because she said it kind of quietly first then louder and louder until she was shouting. Her sister gave her high five and she felt like it was o.k.
I still think she was holding out because she thought I really wanted her to go. For the past few days she kept trying on different ideas. She had one idea to go twice a week, only on late school days. Then she said one day a week. And then she finally came around to where she really wanted to be.
This is possibly the first time I have seen her take control and do something she really wanted to do.
Another landmark for has been she is crying now. that has taken six years. The thing she will cry about? When she has to get off the computer. Not the cartoons, not the friends, not go to bed, nah only get off the computer. Excellent! 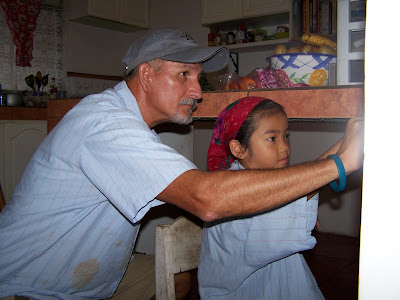 It started out pretty focused and actually lasted about three walls. 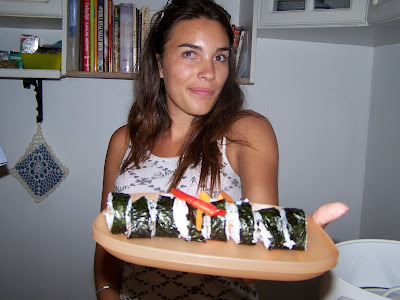 My older daughter has been the family sushi maker. Actually her hubby was the maker, she was just the idea person. He makes great sushi, but since he is in Hondurus we had to make our own. It was a fun adventure and teeny is making it again today with her friend. 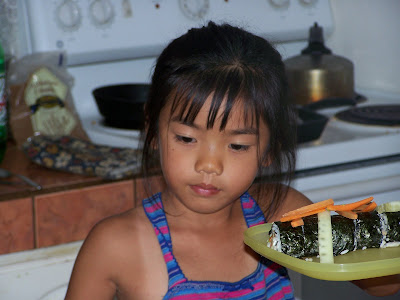